Mossel Bay – The Past:

Mossel Bay was named in 1601 by Paulus van Caerden, the Dutch navigator, because mussels were the only nourishment he could find here. Mossel Bay lies halfway between Cape Town and Port Elizabeth in the heart of the Garden Route and is embraced by the warm Indian Ocean. This fast-growing tourism destination has a fascinating history, north-facing beaches, a variety of eco-attractions and is one of the most significant towns in South Africa

The first meeting between inhabitants of Europe and Africa in southern Africa occurred here in 1488 when Bartolomeu Dias came ashore and encountered the ancient Khoi-San people. The first trading between Europeans and southern Africans was in 1497 when Vasco da Gama anchored here and traded with the local Khoi tribe.

The first place of Christian worship and erection of a chapel on southern Africa soil took place in 1501, when Joao da Nova – after receiving a letter in a shoe under a Milkwood tree – erected a small stone prayer chapel. 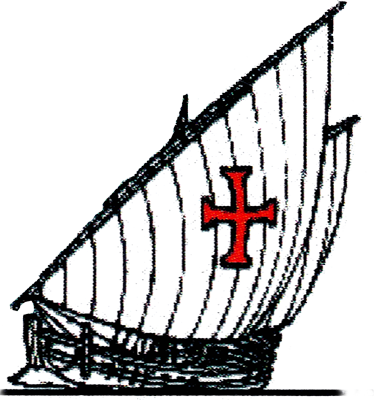 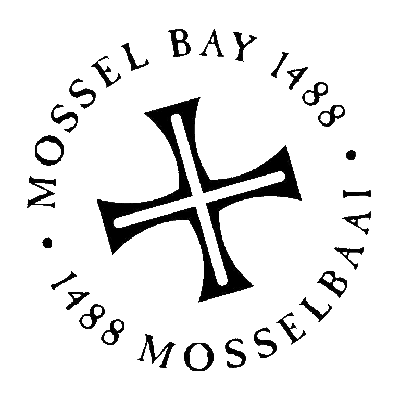 Situated on the world-famous Garden Route of South Africa, Mossel Bay is known for its great natural beauty with kilometres of golden beaches and its clean city centre with its beautiful historical stone houses.

Its climate is healthy, mild and sunny. In 1992, the Guinness Book of Records reported Mossel Bay as having ‘the second mildest climate in the world’ (the first was a small town in Hawaii). Mossel Bay is spoiled with an average of 320 sunny days per year, frost is rare and snow has never been recorded, although it’s sometimes seen on the peaks of the Outeniqua Mountains, 60 km to the north.

Mossel Bay’s harbour is South Africa’s smallest commercial harbour. The town has a well-developed infrastructure, award winning-restaurants, a casino and sports facilities that include two of the best and most beautiful golf courses in South Africa: Mossel Bay Golf Course and Pinnacle Point Golf Course.

The population of the Mossel Bay municipal area is estimated at 130 000. According to the last official census held in South Africa in 2000, the population was 71 492.

Views from the Past:

Views from the Present:

View from St. Blaize Cave to The Point with Rock Pool: 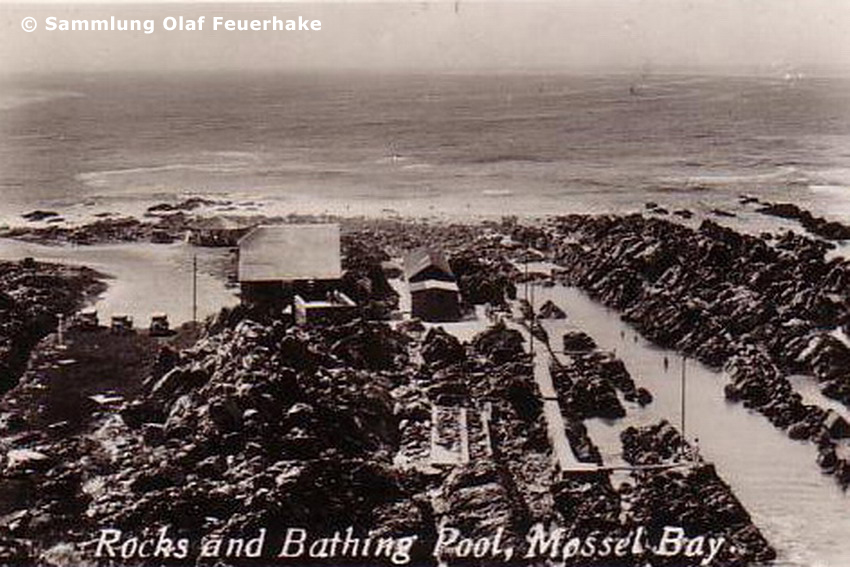 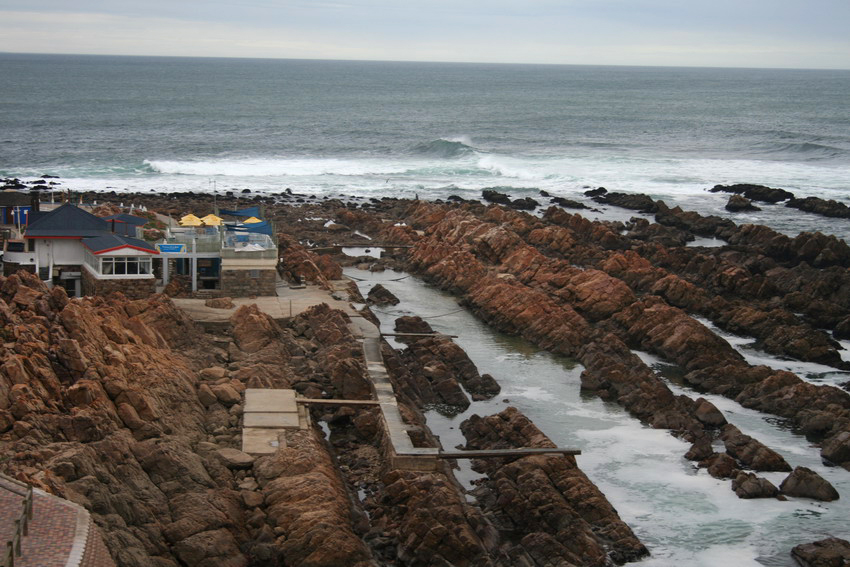 View of Mossel Bay from the old Reservoir in Cape Road: 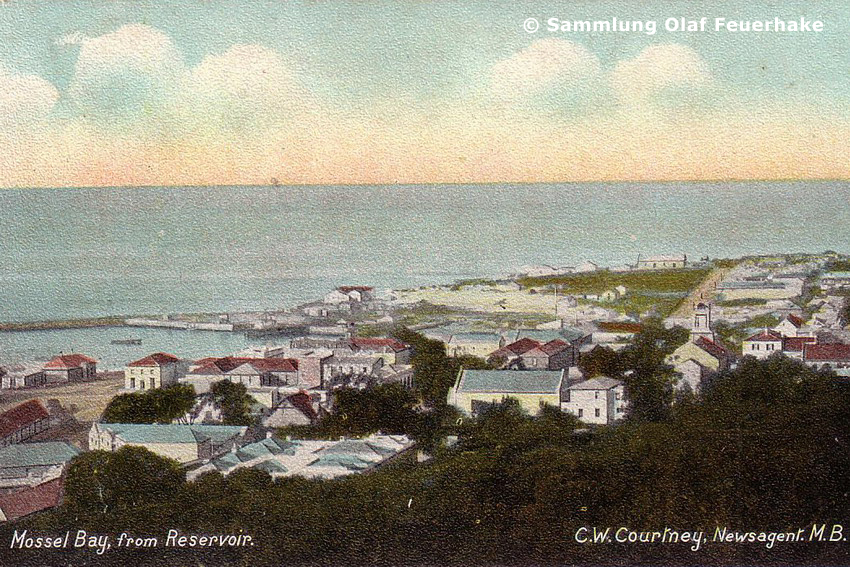 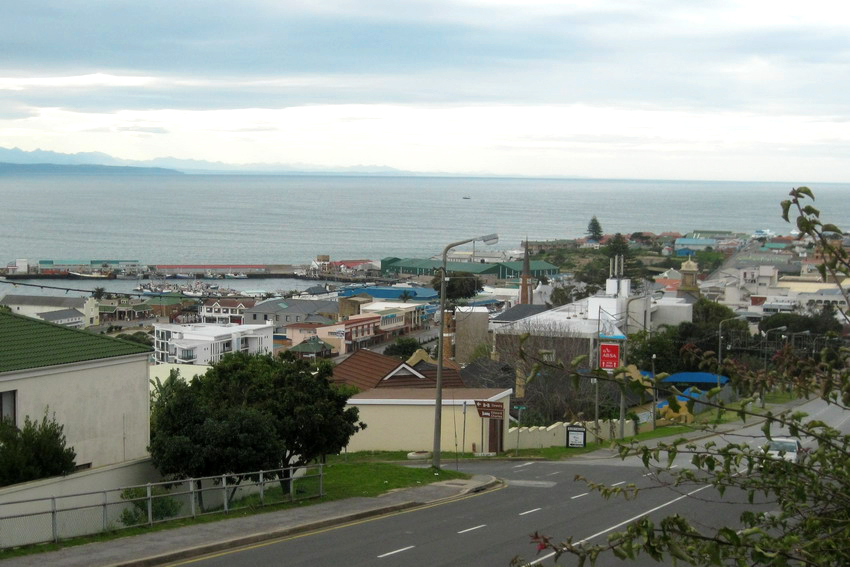 Rock Pool at The Point: 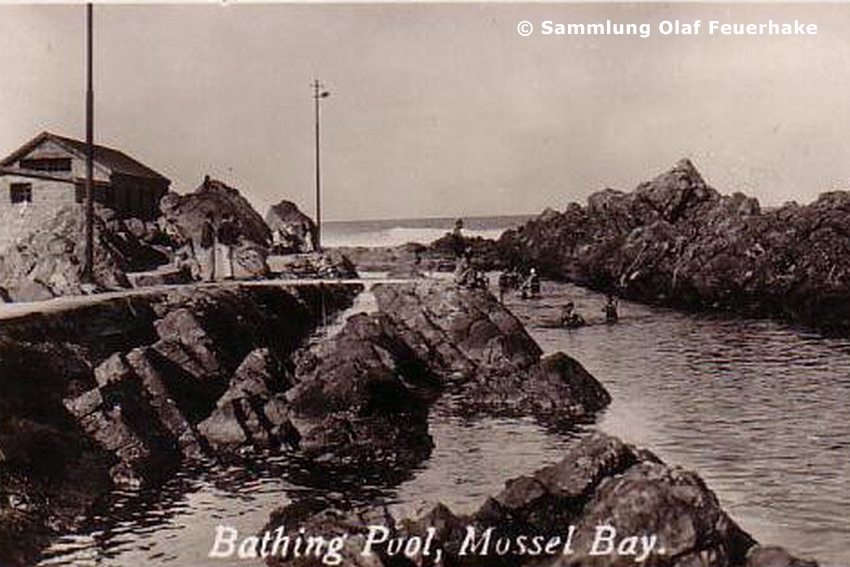 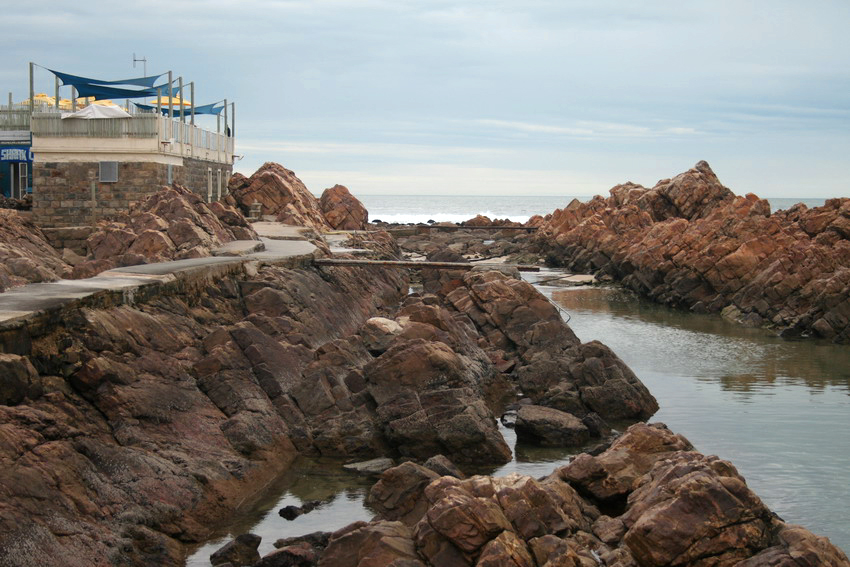 „The Pavilion“ at Santos Beach, a Victorian beach pavilion, built in 1906: 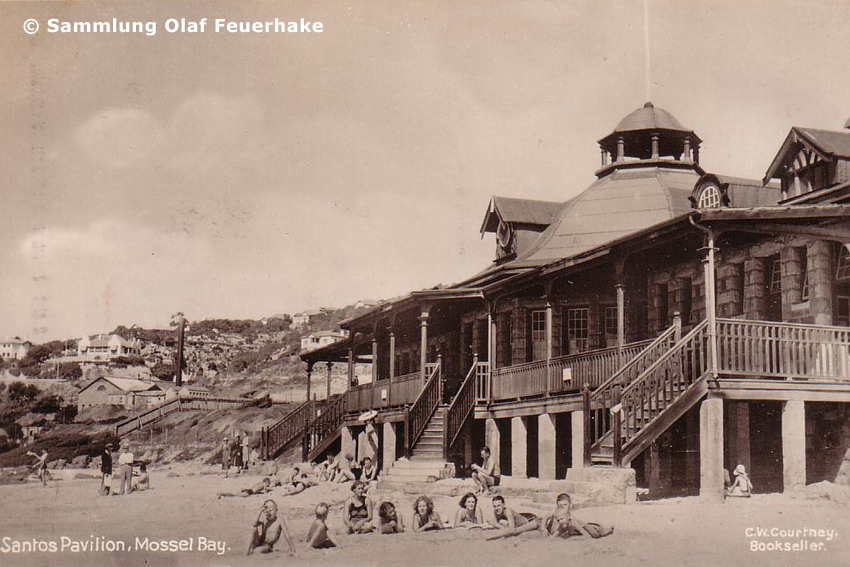 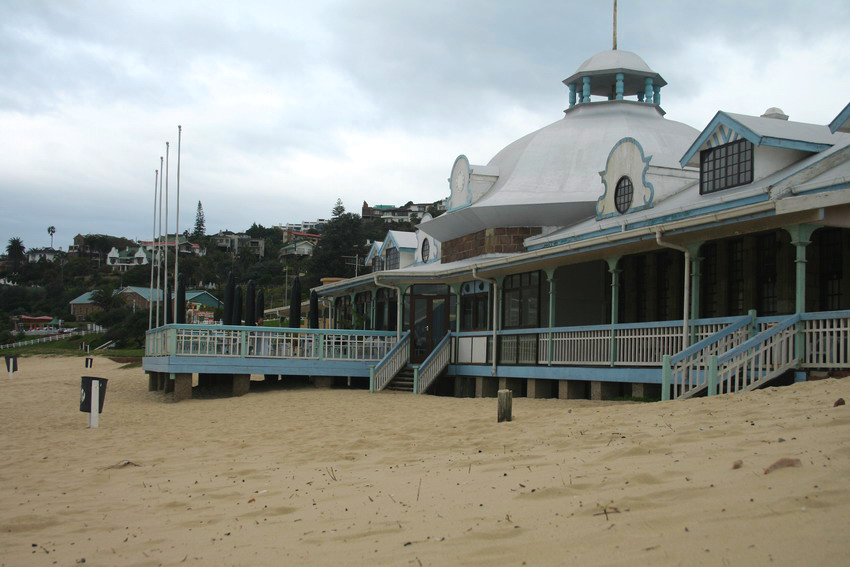 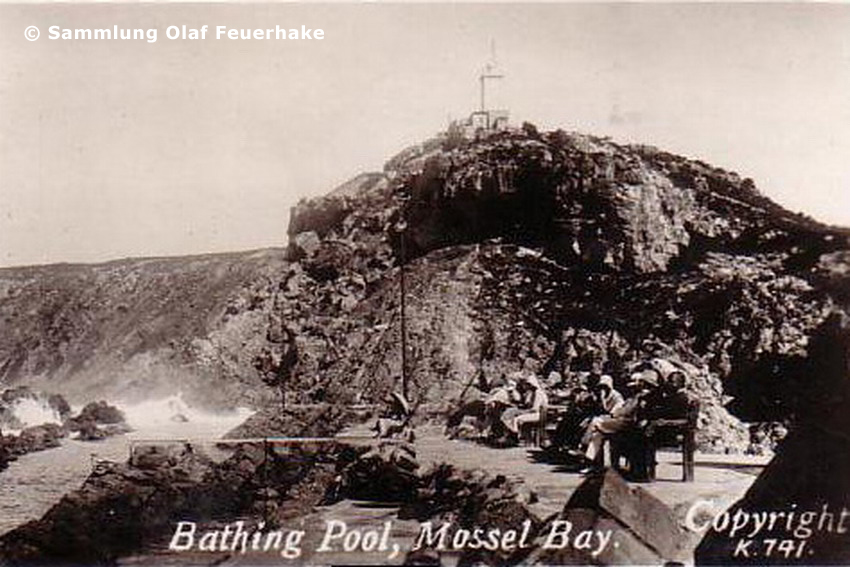 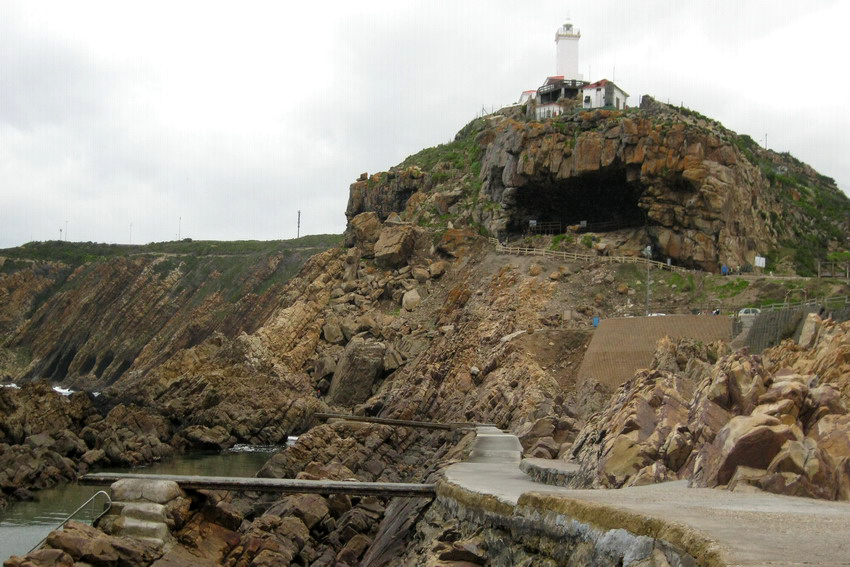 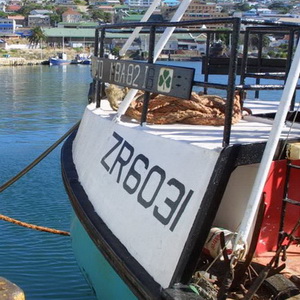 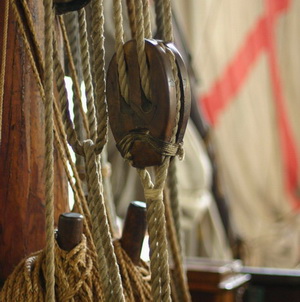 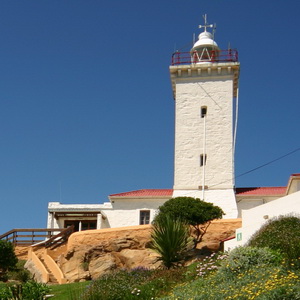 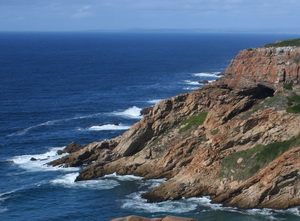